A happy new year 2017 from all of us at Rencore to you! We hope you had a great start into the year. We certainly had!

Three fellow Rencorites have been re-awarded as Microsoft MVPs for 2017. The Microsoft MVP Awards program honors outstanding community leaders for making contributions to the community, ranging from speaking engagements to social media posts, to writing books, to helping others in online communities. In return, MVPs get early access to Microsoft products and direct communication channels with Microsoft product teams. 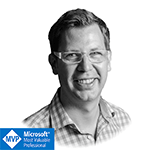 CEO and founder of Rencore, Matthias is awarded as Microsoft Office Servers and Services MVP 2017 for the fourth time. In addition to his numerous speaking engagements, he is also a co-organizer of SPS Stockholm and SPS Munich. 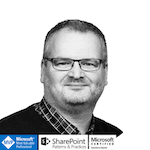 Erwin, product owner of our new tool SPTransformator, is renewed as Microsoft Office Servers and Services MVP 2017. It is his third MVP title. Erwin was a regular speaker at some of the most renowned SharePoint and Office 365 events in 2016, co-organizes SPS Stockholm and is a core team member of the SharePoint / Office 365 Dev Patterns & Practices (PnP) initiative. 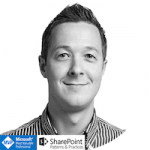 Waldek, Senior Developer and R&D expert at Rencore, is re-awarded as Microsoft Office Development MVP for 2017. It’s the ninth time for him to be awarded the MVP title. Waldek is a regular co-host on the Office Dev PnP webcast, an avid blogger, speaker and code contributor. In 2016 he also made the list as number one global SharePoint influencer.

The three are joined by Tobias Zimmergren, product owner for cloud offerings at Rencore, who received his 9th MVP title as Office Servers and Services MVP in late 2016.

Have a Most Valuable Year 2017

If you wish to read more about the projects and topics our MVPs are working on, please consider following our blog and our Rencore, SPCAF and SPTransformator Twitter accounts.