Microsoft Build 2018 is almost here – what can we expect?

Last year I was unable to attend Microsoft Build 2017 in person, so I wrote recap articles of the two keynotes that took place during May, 2017 (you can read them here: day 1, day 2). 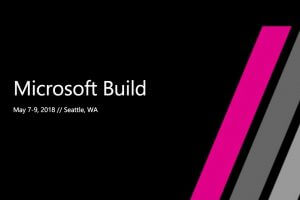 I plan on attending Build this year in (hopefully sunny) Seattle next week. While I’m preparing for my trip, I thought it would be interesting to first have a look at what promises and releases actually materialized over the past 12 months or so. As I am planning on writing recaps of Build this year, this article can help set the expectations for next week.

Satya Nadella set the theme last year during day 1 keynote at Build. There were several important areas, including AI, Mixed Reality, bots and IoT. Let’s have a closer look on these.

We’ve seen QnA Maker become more intelligent, and it nicely integrates with Azure’s Bot Framework. I’ve seen bots used more widely, but I’m yet to actually recognize a need from customers for custom-built bots. QnA Maker is nice, but it is somewhat limited and the supported languages are still somewhat scarce.

For Bot Framework, the addition of Teams as a publishing channel is very welcomed. I’ve worked with several projects that initially had a requirement for a bot, but during planning and budgeting in these projects I see little traction or interest. Adaptive Cards was also mentioned during the Build 2017 keynote, but it still seems to be quite elusive in terms of actual usage.

Cortana is not a part of my daily use of Windows 10. I did install the Android app but found very little usage for myself. I must admit, that I use my Amazon Echo device even less, so I might just not be part of the demographic.

The Harman Kardon Invoke that includes Cortana is now being sold. I’m interested in getting one but availability seems to be only in the US for now. Also, the price is slashed from $199.95 to $99.95 which signals to me that perhaps a new model might be released soon. Regardless, I might pick one up during my time at Build next week, if the local Microsoft Store has these in stock.

I’ve waited with enthusiasm for natural conversational language  user interfaces to materialize, but since Build 2017, it seems there really isn’t all that much beyond a single physical device being released.

This is one of the technologies I probably spent the most time last year – about 6 months, to be exact. Watching the MR demos, Alex Kipman and others showcase what’s becoming the new reality, I had – and still have – high hopes.

I built a dedicated setup at work for MR projects. I learned Unity, packaging to UWP, and purchased two sets of the Acer MR headsets. I pitched the solutions and possibilities to endless amounts of companies. In the end, I found very little traction between summer 2017 and this year. Many companies simply did not like the tethered nature of MR, and they were also expecting MR to be actually MR, and not VR with a new moniker – which it mostly is. Typical phrases I would hear during demo sessions included things like “oh, you actually can’t see the real world. Why is that?” and “but do I need a laptop to run this on a daily basis?”. 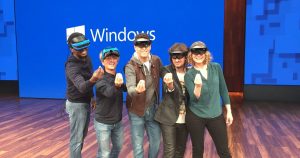 Hololens, on the other hand, seems to be something that companies are only now beginning to look at. There are pioneers, of course, but many times in meetings someone mentions “the Hololens”, just like you would mention “googling” something when you refer to searching for something online.

For me, MR is still a dream, but for now I’m spending my time elsewhere and hoping for a device that would cost less than the Hololens, but provide the easiness and amazing experience of the MR devices. Windows 10 Redstone 4 insider updates presumably include some new additions to MR devices, but I’ve yet to actually try those.

Ah, so much hope here since last year. After finding MR to be somewhat of a no-go business-wise for me, I started ramping up on skills and knowledge on AI. There seems to be a reasonably coherent excitement from companies on all things AI. Many times the ask from companies is around Machine Learning, which AI more or less is today. A major problem still stems from lack of data — as ML is hardly useful unless you can feed data to your models and train them accordingly.

We’ve seen a big push from Microsoft since last year on AI, and generally I feel it’s a great thing. What I still find an issue with is the marketing message. “Just sprinkle or infuse AI like this”, is not how it is in real life. For any type of app or service. For Microsoft’s cognitive services, which are essentially black boxes that perform complex tasks for you based on a predefined model, it might be like this but that is still far from what companies consider ‘real AI’. And I always feel like a fraud if my intelligent solution is based on a click of a button using a pre-created solution.

To be honest I can’t recall exactly what this topic was, besides a bit of marketing around the obvious services such as Logic Apps, Microsoft Flow and perhaps MyAnalytics.

Is anyone still using MyAnalytics? I used to include it in many of my talks and demos, and there is authentic excitement for the data. But then it falls short when you mention the licensing model (essentially, any E5 license plan within Office 365) and it simply becomes too expensive. I feel the greatest gift MyAnalytics has brought is still Microsoft Graph, which is simply amazing, and gets too little credit in my opinion. Workplace Analytics is now available with some restrictions, and it seems to provide much more compared to MyAnalytics. 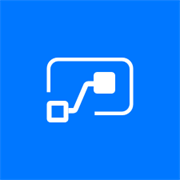 We’ve seen serverless rise in Azure quite rapidly, and Logic Apps is the perfect service for building integration solutions as part of it. Azure Functions is a silent killer – it’s so flexible, cheap and useful for almost any imaginable need.

For Flow, the community is amazingly vibrant and active – and most companies I tell about Flow are immediately sold on the possibilities.

Some traction and very advanced solutions in this space, thanks largely to Microsoft Azure. Recent updates and releases, such as IoT Edge probably help also. Many times when discussing IoT, it revolves around how to get data to Azure from a device. The whole edge computing concept is often not reality yet, as typical uses still include reading temperature or humidity data from sensors, and pushing that to cloud.

Besides Nadella’s themes, we also had a plethora of other topics during day 2. Let’s look at these next.

The April 2018 update is finally out (as of Monday, April 30). This includes Timeline, which allows you to go back in time to your open apps between PCs. There are loads of new features for Windows 10 in this update, see the full list here.

Fluent Design was demoed during Build 2017 keynote on day 2, and we’re only now starting to see sprinkles of it in action. The aim was to replace the “Metro” design in Windows 10, and it seems this will take a longer time than anticipated. I wouldn’t say this is a bad thing — I’d rather Microsoft did it right, than quick.

What should we expect from Build 2018 keynotes?

I expect to hear more about Windows 10 updates – especially Redstone 5, the next major update for Windows. Some features were pushed from Redstone 4 to 5, and it will be interesting to see how and what will be delivered later.

I also need to hear a message reinforcing Mixed reality, including the future of Hololens. The current Hololens device is somewhat dated, and is still quite expensive.

Containers in general and cross-platform support on Azure is most probably a recurring topic.

Much of the SharePoint and Office 365 announcements, I presume, are pushed to SharePoint Conference North America, which takes place in late May, and which – by the way – Rencore will be exhibiting at, too.

With Microsoft’s latest earnings release, Azure growth was 93% and this will probably set a tone for Build, and Inspire later this Summer.