Microsoft Build 2020 is a digital experience this year. I’m immensely happy that this event is happening, despite all of us forced to sit at home in recent months. I feel this is also much more inclusive, and to put it in one word – fair. Everyone and anyone can now attend and learn about Microsoft’s ambitions and announcements, not just those who can afford and take the time to travel to the US for a large in-person conference.

The event runs for 48 hours this year, from May 19 to May 20. It’s timed for Seattle timezone, so for us in Europe it means we get to enjoy the sessions live during the evenings.

A major difference to previous years is that there are no keynotes. There will be key segments, of which Satya Nadella’s 20-minute opening segment is one. It’s followed by a key segment from Scott Hanselman (and guests), and then another by Scott Guthrie (and guests). You can view a list of all the key segments here. Certain key segments will also be rebroadcasted, meaning that you’ll get the see them on Wednesday also if you missed them the first time on Tuesday.

As is customary, I’ll be dissecting the announcements and recapping the major portions of the keynotes. I’ve done this for a few years now. Thankfully, my work is made easier this year – there are only 4 key segments and they are between 20 and 45 minutes each!

Empowering every developer, with Satya Nadella

We start with Satya Nadella’s 20-minute segment on empowering every developer. I can’t say how excited I am that I get to sit in my home office, have a glass of coffee (and later, a glass of wine) and enjoy the show without being jetlagged! It took me a while to internalize this, but what it also means is I don’t have to fight for a working wireless connection in a huge keynote room, where everyone has at least 3 laptops, 2 phones, and 2 iPads turned on!

And it’s a kickoff for the first key segment with Satya Nadella!

We’ve done two years’ worth of digital transformation in just two months. It’s been evident, especially with Microsoft Teams growth which is impressive.

GitHub now has 50 million developers! This is up from “more than 30 million”, which I’ve seen mentioned previously.

Power Platform has 3.5 million developers now. I was – perhaps – expecting a bit more, but perhaps this figure is not formulated from all citizen developers who have casually created one automation with Power Automate.

Over 95% of Fortune 500 companies use Azure. Another impressive figure! Azure currently has 61 datacenter regions.

Azure Arc support for Kubernetes is casually mentioned. This enabled hybrid management capabilities for those AKS clusters you might be running in other clouds or on-premises. I wrote about Azure Arc a few months ago, you can get acquainted with this fantastic service here.

We cut into an interview next about [email protected]. Next, it’s a COVID-19 reflection to San Francisco Conservatory of Music on how they use Microsoft Teams.

And that was it! Short, at 25 minutes, but straight to the point. I like this format.

I gathered these during Satya’s key segment presentation.

Every developer is welcome, with Scott Hanselman and guests

We had a 20-minute insert about Microsoft Imagine Cup, before moving on to to the next key segment with Scott Hanselman. The winner of the Imagine Cup was Team Hollo.

I see Scott has invested in those fancy RGB leds, that you normally put inside your PC case. They act as Teams free/busy lights, so quite nice! We have Kayla Cinnamon (of Windows Terminal) in the call first. I’m not entirely sure I love seeing even more Teams, but it seems to work for this bit surprisingly well.

First, winget (Windows Package Manager), it’s in preview since today. It’s like Chocolatey. You can get the preview bits from GitHub.

Windows Terminal 1.0 is also now generally available. WSL2 supports GUI apps in Linux now. I highlighted WSL2 as one of the most interesting updates for the May 2020 Windows 10 update, also known as the 2004 update. Docker Desktop also works in WSL2 now. See also this blog on GPU virtualization on WSL2.

Next, we have Nat Friedman, the CEO of GitHub dialed in.

I think most of the GitHub announcements were announced during GitHub Satellite on May 6.

Next, we have a look at the GitHub for mobile app. Now, we’re going back-and-forth on a sample app. It’s a segway to Visual Studio Codespaces (see also here), which is pretty cool! Also a demo on Dependabot.

A bit of Xamarin next. Perhaps of interest is the .NET Multi-platform App UI (.NET MAUI). While I was waiting for the session to progress, I installed WinGet to see how that works! 🙂 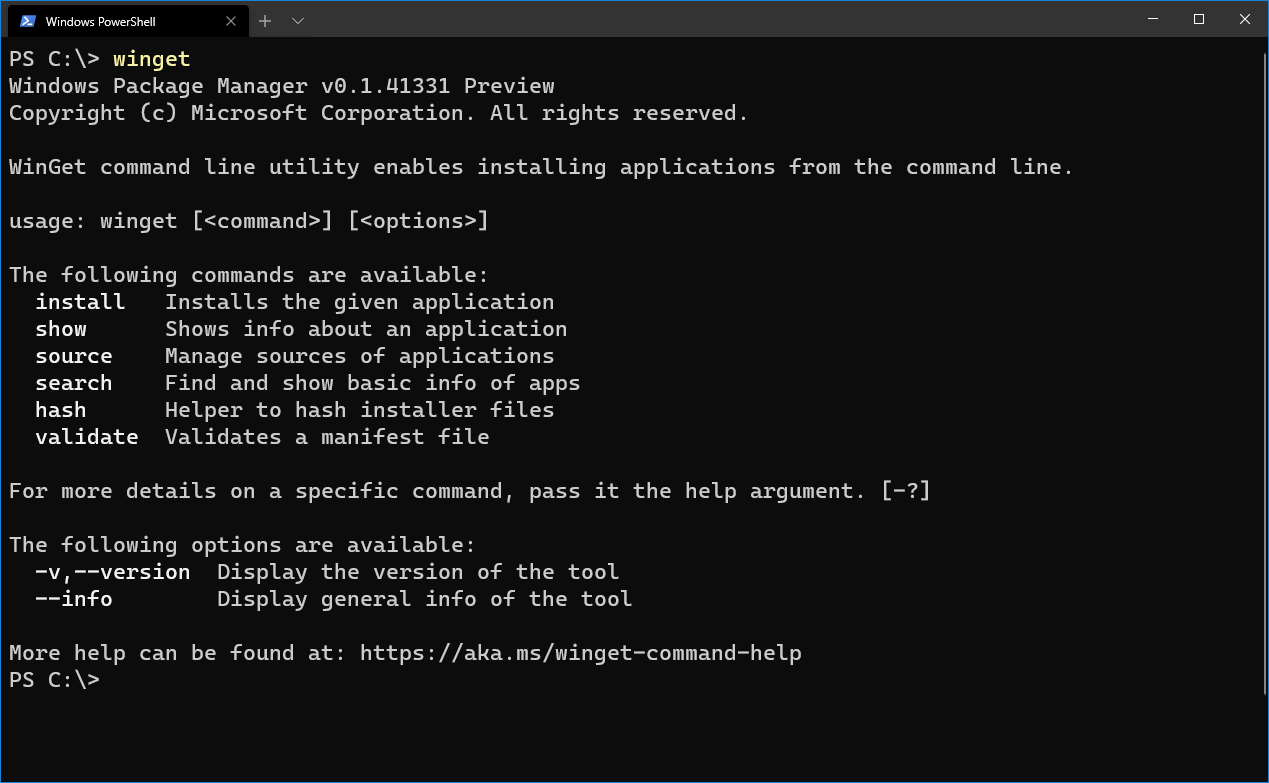 Installing Visual Studio is a breeze!

Somehow we cut to a Surface Book 3 ad, and it concluded Scott’s session.

Azure: Invent with Purpose with Scott Guthrie and guests

And moving to the next key segment with Scott Guthrie.

Teams also gets a mention, and it uses plenty of Azure services as its base.

We start with developing for the cloud.

This is already live on Azure Portal:

There is also a new extension for Visual Studio Code for SWAs.

He is using HTTP REPL to test a custom API. Nifty!

Now, Julia White to interview someone from Starbucks. Sorry, I didn’t catch the name.

Moving on to Rohan Kumar to talk about Azure Data.

This is available to Cosmos DB initially, and later on other database engines. See also these other Build sessions for more info.

Building the tools to work and learn, with Jha and guests

Immediately after the previous key segment, we start with Rajesh Jha’s key segment. This will be about Microsoft 365.

First, Teams for developers. It’s a sort of recap of the basic Teams extension points, such as bots and connectors.

New capabilities include Teams development tools for Visual Studio and Visual Studio Code. You can also now publish your app directly to the app store (or the organization’s internal catalog).

Moving to Microsoft Graph – “the API to your organization”

It’s a sort of quick intro to Microsoft Graph and a few small updates – including the code snippets in Graph Explorer. See the announcement here. Also, see other Microsoft Graph-related sessions for Build here. The documentation for the pre-release of the taxonomy API is now online. A primer on Microsoft Graph connectors is here.

Project Cortex next. See the fresh announcement here. For a brief intro to Project Cortex see here. The service will be generally available this summer.

Next, Fluid Framework. The in-depth announcement is here. It’s a framework for developers that enables better collaboration through coauthoring, in-line mentions, and customizable components. You can try out the preview here. Fluid Framework is also being open sourced.

Kevin Gallo next. I’m not entirely sure what the contraption is to his right. Project Reunion is described:

It includes WinUI 3 Preview 1, which includes the same APIs as the regular Windows SDK – but they are now decoupled from the core OS. See also getting started with WinUI.

And this concludes the last of the four key segments!

I sat watching and typing through the key segments from 6 pm to 10 pm, and it felt like an hour! I liked that each technology key segment was shorter, and they were consecutive instead of overlapping like last year. I felt there were a lot of “getting started” and intro on the basics, but perhaps that is the way it should be, with so many frameworks and technologies around that developers need to work with. At times, the segments felt very rushed. If you’re running out of time, just compress your message and talk faster!

I will be writing another blog post tomorrow (and I’ll update the link here) to reflect on all of the announcements after I’ve had a good night’s sleep first! Thanks for tuning in 😊

Microsoft Build: Reflections on the announcements and digital experience