And breathe!! The last few months have been pretty full on for us at Rencore. Matthias and the team have been busy racking up the air miles attending (and speaking!) at a number of SharePoint and Office 365 events around Europe. As we’ve said before, one of the awesome things about working with SharePoint is the community.

From MVPs right through to admins and those just getting started, there’s always a ton of cool stuff to learn which can inspire and motivate. Everyone is always happy to chat and share their experiences and expertise – one of the great traits of the community. With that said, we wanted to recap our experiences over the last few months and look back at some of the excellent events we’ve been to. First up for us was Copenhagen.

After 4 weeks of rest and fresh from The SharePoint Evolution Conference in London we visited Microsoft’s Development Center in Copenhagen for Metalogix’s 2015 Roadshow. Those who’ve met our CEO Matthias Einig will know he loves to talk, so doing the opening keynote wasn’t a problem!

Discussing The Evolution of SharePoint, Matthias said, “I rocked the house… hopefully!”. We hope he did too! The roadshow gave attendees the opportunity to hear from a great lineup about how the cloud is playing an ever increasing role for today’s organizations. It was a great event, very well organized and a big thank you goes to Metalogix for hosting. You can find the slides from Matthias’ keynote here.

Nine days later we were in France for SharePoint Saturday Paris. We were really happy to be gold sponsors of the event and couldn’t have asked for a better venue – the Montparnasse Tower certainly wasn’t a bad spot. Organized by some friends of ours, Patrick Guimonet, Benoit Jester and Gokan Ozcifci it was the first time SPS  hosted in the French capital. Great job guys! Matthias was again speaking, this time about ‘Transforming SharePoint Farm Solutions to the App Model’. One of our favourite events so far, we look forward to attending again next year! A la prochaine 🙂 (Below a picture of our lovely Monika, taking care of our sponsor booth!)

The largest commercial SharePoint Conference in Germany, ShareConf took place over four days and had a strong lineup with 18 SharePoint and Office MVPs in attendance. Speaking in his native tongue, Matthias was once again presenting – this time about Code Quality Assurance of SharePoint Solutions and Apps

Next up in our travels (serious air miles by now, what with the first half of the year) was the inaugural SPS in Florence. A big thanks goes to Paolo Pialorsi and his team and family for organizing the event! The whole conference ran really smoothly and from the Team Rencore perspective, was really enjoyable. Both Matthias and our lead developer Hugh Wood spoke in Florence. You can see more here.

As a platinum sponsor of SPS London, we couldn’t have asked for a better day. Even more good friend of ours Seb Matthews and Peter Baddeley, can take a lot of credit for putting together an awesome conference. Like Florence and Paris it was the first time an SPS was hosted in London and it had a pretty stellar lineup, with the likes of Benjamin Niaulin, Symon Garfield, Jasper Oosterveld, Erwin van Hunen, Jason Himmelstein, John White, Hans Brender and many more delivering sessions on migration, security, the cloud, mobile, development, adoption, BI and apps. It was a really valuable day and as Hugh said “sessions were extremely well received and people really understood the value of what was on show”. And the after event SharePint wasn’t bad either 🙂

We look forward to attending again next year!

All our competition winners

What would an event be without an opportunity to win a prize?! That’s our motto anyway. So in accordance with some strict selfie guidelines, we gave attendees the chance to win an SPCAF Professional Edition license. The rules: find a member of the Rencore team, then take a selfie using the # of the event, such as #SPSParis or #SPSLondon along with #SPCAF. While some may need to perfect their selfie pose (and pout) it’s been great to see so many new (and old) faces get involved. A big thank you to everyone that entered. As a little momento, we’ve put together this collage… #enjoy!

As we take a quick breather, we can look ahead to some of the next big events on our calendar. And there’s a lot! SPS Barcelona, Unity Connect, the European SharePoint Conference, SHAREDev Cologne and SPS Munich (to name a few) are coming up in the next few months and we can’t wait.

A special mention has to go to SPSMunich – we’re organizing the event, it’s free for all attendees and
Boy! We do have an a awesome lineup here!!! Many of them will be speaking in Germany for the very first time. 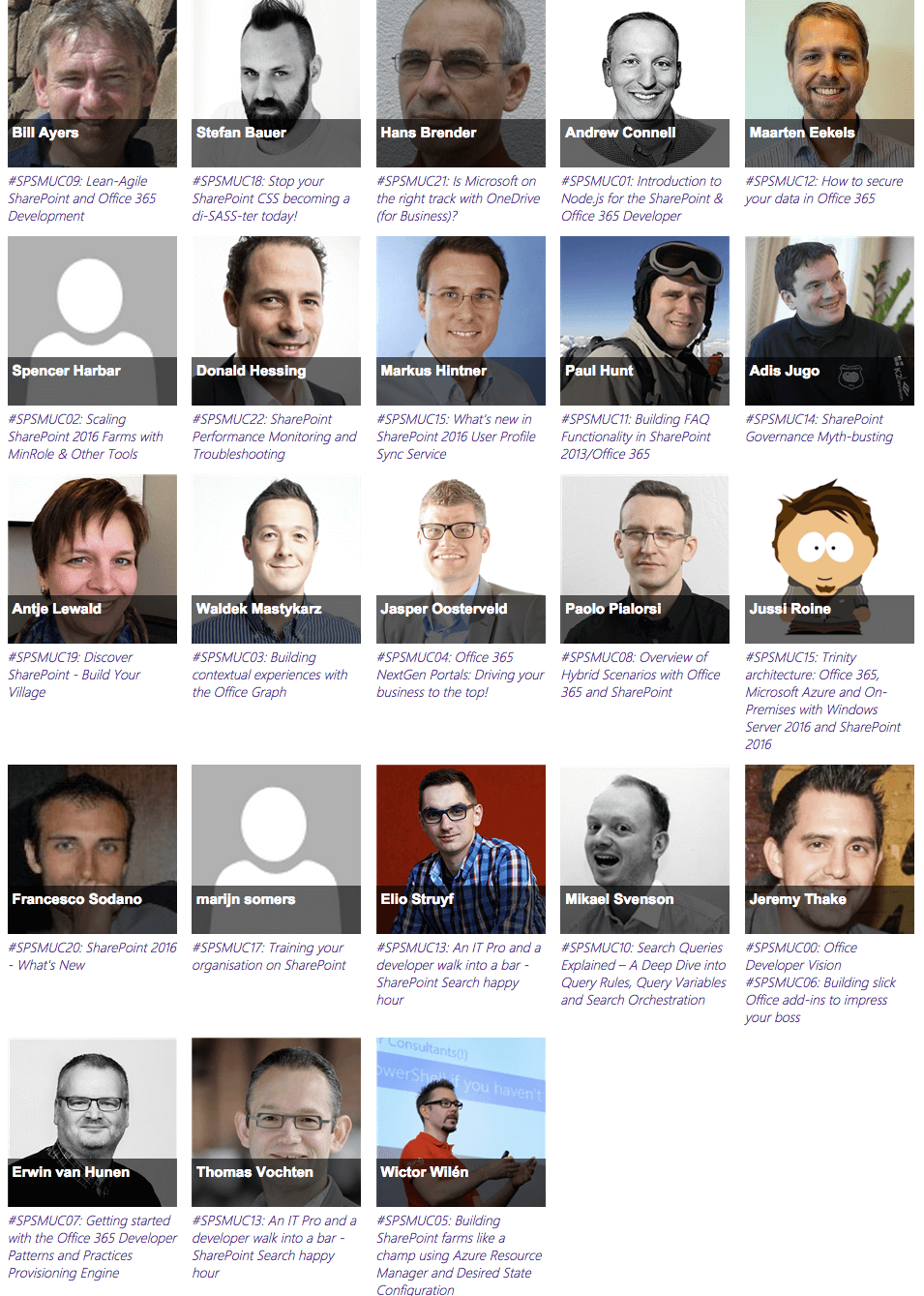 It’s definitely one you don’t want to miss! To see the agenda, sessions on offer, speakers and much more check out the website.