The State of SharePoint and Office 365 Development: An interview with Jeremy Thake of Microsoft

Back in the Summer we asked ourselves a question: how much do we actually know about the SharePoint and Office 365 community? On a very basic level we knew it was pretty big, pretty active and changing to an extent – especially with the increasing popularity of cloud services. But how much it was changing exactly was something we didn’t know. What we couldn’t find was a snapshot of what the community actually looks like, how they’re working, what they’re working with, the environments they’re using, and a lot of other burning questions.

So we created our survey – The State of SharePoint and Office 365 Development – to find out what the community looked like and help answer some of those much-discussed questions. The response we had for this inaugural report was fantastic, with over 1,000 SharePoint and Office 365 professionals sharing their working experiences. The survey has given us a great insight into how diverse the community is.

Some of the findings we’ve shared already include a snapshot of the average developer, how SharePoint is being used in the workplace and how and why the community is customizing SharePoint and Office 365. 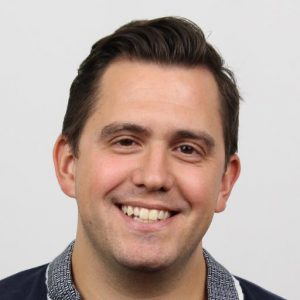 While we put together the finishing touches to our remaining content, we wanted to share a snippet of what’s to come in our final report. In addition to our complete findings and infographic, the report includes two exclusive interviews. One of those interviews is with Jeremy Thake, Senior Product Marketing Manager at Microsoft.

We spoke to Jeremy about his insights into the future of development with SharePoint and Office 365, how Microsoft is looking to make things easier for developers and how the community plays an important part in their thinking.

The full interview will be included in our final report which you can download from our website soon. In the meantime, here’s a quick glance at some of the things we spoke to Jeremy about.

On how Microsoft have made a concerted effort to make the lives of developers using various Microsoft platforms easier, Jeremy explained:

“That’s an area we wanted to make easier for devs. Essentially, we’ve expanded the way we can build extensibility with JavaScript skills. Before, it was different – you had to learn proprietary .NET technology, which wasn’t always that popular, it was a steep learning curve and could be pretty daunting. Now, developers can use existing JavaScript skills rather than having to learn .NET.

So if you’re an existing SharePoint developer, while there’s still some elements of learning involved, the new process is much easier to get to grips with. For us, the goal posts are always moving, technology is always changing and evolving and you have to be ready to move and adapt to what’s emerging. Hopefully, we’re doing that.”

We’ve spoken about
SPSDisposeCheck previously – with the results from our survey finding that 40% of developers are using it as their code analysis tool. What were Jeremy’s thoughts on this?:

“It’s interesting. One of the reasons we moved to the Add-in model was to improve the stability of code, to limit these sorts of issues. Obviously Office 365 is multi-tenant, so we didn’t want a scenario where one customer is deploying a customization which could then impact the whole farm.

I’ve seen first-hand what one error can do – it can impact a whole system. For example, when I worked at a company in Australia, a web part on an Intranet homepage was a problem and hadn’t been detected, it brought down the whole farm! So this stat is certainly a cause for concern.

On a server where SharePoint is running, if memory leaks can’t be identified or detected, they will just build and build, which will in turn make the whole server slow, unresponsive and problematic. So the fact 40% are still using SPDisposeCheck with SP2013, and thus are getting ‘false positive’ reports is concerning.”

And finally, how much of an impact does the community have on the Microsoft’s choices and product features / new launches:

(Note, we spoke to Jeremy prior to the recent MVP Summit)

“The community plays a big part in what we do and we’re definitely not sitting in a dark room on our own. As an example, we have the Microsoft MVP community which we work closely with throughout the year. There’s an MVP summit in November where we’ll be sharing stuff and getting their feedback. They’ll be heavily involved in the server preview program too. We speak to this community a lot and preview new things to them. We also work closely with our independent software vendors (ISVs) to see how they are doing, what’s working well and what can be improved.”

A big thank you to Jeremy for his time and contribution to our State of SharePoint and Office 365 Development Survey. As we mentioned above, the full report, including the full interview, will be available to download in the coming days. Stay tuned!

Our exclusive report, containing the full interview with Jeremy Thake is now available do download. You can do so for free here. Thanks for reading.

Matthias, or Thias for the sake of distinguishing from all the other Matthiases here at Rencore, is the Head of Marketing at Rencore. He is passionate about helping make Microsoft 365 users' lives easier by introducing them to Rencore, our vision, and products.