Wishing you a great start for your new chapter Waldek!

We are proud, but with a hint of melancholy as today, we say goodbye to Waldek Mastykarz as he leaves his role as Head of Product at Rencore. The good news is he will be taking on a new position at Microsoft to carry on his Patterns and Practices (PnP) work and continue to give service to the SharePoint and Microsoft 365 developer community.

On behalf of my colleagues, I want to say thank you to a person who selflessly takes the time to share his expertise with anyone who needs it – you were always patient and gave your time to help.

In his time at Rencore, Waldek has continuously educated the community in not only the rise of SharePoint Framework (SPFx) but PnP and CLI for Microsoft 365, readying the Microsoft 365 and SharePoint developer community for modern client-side developing. He put all that extensive knowledge into the products at Rencore, most notably equipping Rencore’s leading code analysis tool Rencore Code (SPCAF) with a feature set that caters to the modern developer. 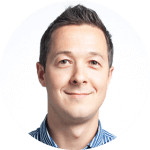 Waldek reminisces on his time at Rencore:

“I’ll be forever grateful for the opportunities I got at Rencore, starting with extending Rencore’s code analysis tools and finishing with leading Rencore’s product portfolio. It’s been a true pleasure being a part of Rencore’s team and I’m looking forward to seeing Rencore taking next steps with the things that we’ve worked on together.”

CEO and co-founder Matthias Einig wishes Waldek all the best for the future: 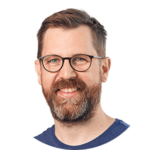 “It has been an absolute pleasure to have Waldek as part of our team. As someone who shows the level of dedication to the SharePoint and Microsoft 365 community, I thoroughly understand and support his decision to move on to a role at Microsoft. Waldek’s tireless hard work has helped propel Rencore forward in the five years he has been with us. The dedication of managing SPCAF, alongside his other tasks while offering support to the SharePoint and Microsoft 365 community, will be held in high esteem.”

We wish you a great start to your new chapter Waldek 🙂