Spring is in the air and we have an important announcement to make!

Remember: 25th May 2018, the day all trading partners of European businesses, whether European or worldwide, must adhere to the new GDPR.

“The aim of the GDPR is to protect all EU citizens from privacy and data breaches in an increasingly data-driven world that is vastly different from the time in which the 1995 directive was established. Although the key principles of data privacy still hold true to the previous directive, many changes have been proposed to the regulatory policies” (EUGDPR.org, 2018).

In January 2018, Nicki Borell evangelist & consultant in the Experts Inside team hosted a comprehensive webinar tackling the preconceptions of GDPR in Office 365 and debunked any myths that had come to the surface at that time. The webinar followed the first part in our GDPR webinar series where Microsoft MVP and MCM Paolo Pialorsi spoke about the main requirements of GDPR from an Office 365 perspective.

On the 22nd March – part three of our GDPR webinar series – special guests Microsoft MVP Liam Cleary and Mike Fitzmaurice, workflow and business process authority, will cover the finer details that many people including genuine experts may have had little time to cover. They will address the following points: Eleven-time SharePoint MVP Liam has been specializing in the security in SharePoint and its surrounding platforms. He can often be found at user groups or conferences speaking, offering advice, spending time in the community, teaching his kids how to code, raspberry PI programming, hacking the planet or building Lego robots. 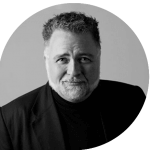 Mike Fitzmaurice aka Mr. Workflow elevated Nintex’s profile from “clever SharePoint add-on” to one of thought leadership in workflow and business process automation, digital transformation, and citizen development. Prior to Nintex, he spent 11 years at Microsoft, and was involved with every version of SharePoint from pre-2001 through to the 2010 release. His areas of expertise include process automation, integration, collaboration, and a lot of other “ation”s.

Click the button below to register for our webinar free of charge.